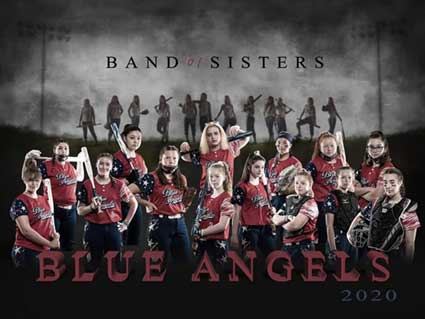 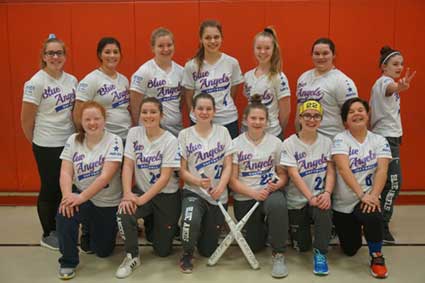 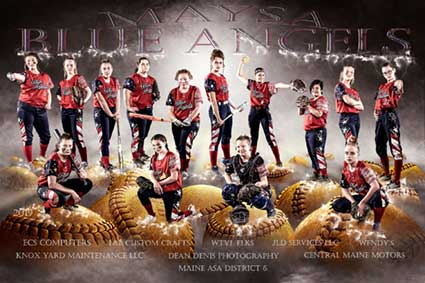 The Blue Angels are proud to announce our regular season has come to an end for the 2019 Travel Softball Season. And boy what a season it was!!!! We came off a very successful U12 season last year and entered our very first season as a U14 team.

We couldn't be more proud of the athletes' accomplishments this year, so we wanted to share a little of that with you:

We ended our regular season 13-17, coming in 3rd Place in the State Tournament, and making it to Sunday tournament play every weekend, most tournaments in the Winner's Bracket at the close of Saturday Play!!!!!

The Blue Angels had a combined batting average this year of just shy of .300, which in and of itself is pretty remarkable!!!! Our On-Base Percentage was an amazing .423!!!!!!

Our pitchers really stepped up and got the job done on the mound for us this year with an ERA of 4.75 and a total of 216 Strike Outs on the season!!!!!

Our defense behind our pitching staff in the field was unbelievable this year, with a total Fielding Percentage of .843, and I have to point out that we had 5 Double Plays on the books this season!!!!!!!

For a very young U14 Team, I am so proud of how hard they worked this year!!! We wanted to take a minute and thank all our Sponsors and everyone who donated towards our program, as your generosity helped us participate in a total of 5 tournaments, and as short as our season is, we crammed a lot in that timeframe!!!!!

2020 brings with it some new faces to our team.  Our goals for next year are to come in 1st Place in the Maine State Softball Tournament and to work our way through the winner’s bracket on Sunday with all other tournaments we play.  We are also planning to travel to New Brunswick, Canada, for our Out-of-State Tournament.  We have made connections with the Southern Black Bears and want to continue that connection with the coaches and athletes.

It’s hard to believe that we are thinking about the 2020 Travel Softball Season in September, but our team is already formed for next year and we are beginning our fundraising.  We hope that you will consider supporting our team and these talented athletes by renewing your Sponsorship for this upcoming year.  Enclosed is our Sponsorship form for your review with the 3 Sponsorship Levels.  Below is also a photo of our Softball Banner with Sponsors listed at the $200 Red Level that we brought with us to every tournament.  We are hoping to fill our new banner with Sponsors this upcoming year!

Again, THANK YOU for all your support of our team and athletes this year.  We couldn’t have done it without you!! 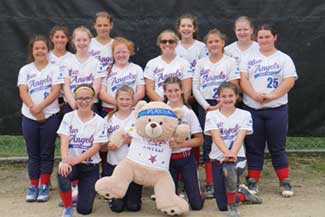 The MAYSA Blue Angels 12U Softball Team wrapped up a tremendously successful 2018 summer travel season!  Following tryouts in April, the team saw many new and returning faces from around Central Maine, gaining strides in our pitching force, as well as increased depth with many utility players. Each athlete bringing with them a ton of talent, spirit and teamwork!

The Blue Angels opened the travel softball season in June, hosting the MAYSA Triple Play Softball Tournament.  After going 0-1 on Friday evening, the team won both games on Saturday to move us on to Sunday play!!!  The first Sunday play we had participated in since forming the team the previous year!  Ending the tournament on Sunday morning, we went 2-2, and I couldn’t have been more proud of their efforts and sportsmanship.

The following weekend, the Blue Angels participated in our first ever out-of-state tournament, in North Conway, New Hampshire.  Once again, we moved on to Sunday play, falling short in our final game by 4 runs.  Of course, it’s not all about the softball play, but the time the athletes spend together off the field is just a vitally important!  Smoldering hot temperatures, nights sitting by the fire, hanging out swimming in the river and corn hole with S’mores were just a few of the memories we took with us after that weekend!

The following weekend, we participated in the 2018 Maine State Softball Tournament, ending the weekend in 3rd place overall, playing some very tough softball teams from around the state!  One of the best played softball tournaments I had seen this season, I couldn’t have been more proud of how the athletes played, battling the entire weekend and leaving it all out on the field!

The following two weekends were devoted to local Cleveland Brown “Brownie” tournaments, where once again we finished each weekend with Sunday games!!

With a closeout record of 9-11, our team came together and played some remarkable softball!   Bouncing back from a 3-win season the previous year, what a way to end their 12U softball year!  I may have forgotten to mention, these athletes will be moving on to 14U travel softball next year!  They truly have what it takes to stay competitive and I cannot wait to see what the next travel season has in store for them!

I also wanted to take a moment and thank all the parents who supported their athlete this year.  Countless practices, travel and very early and late tournament games; they couldn’t have done it without you!  Also, a big THANK YOU to our Coaching staff, putting in countless hours of pre, during and post season homework to ensure our athletes received the best softball training for a successful season! 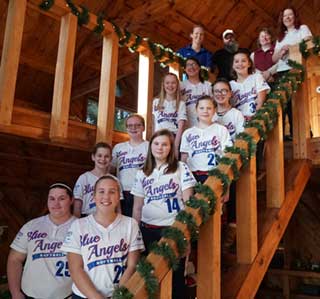