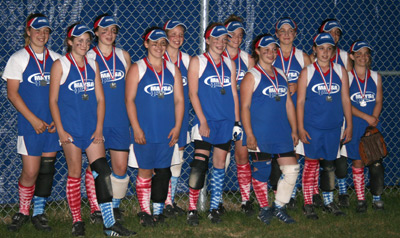 The Riptide, coached by Dana Michaud, advanced to the 12U level this year. They opted to compete in the A division and held up well against older teams. They compensated for their young pitching with strong hitting. They finished second at Brewer, second at the MAYSA tournament, and lost to Falmouth by only two to one in extra innings.

The 10U Riptide, coached by Dana Michaud, played in 5 tournaments, including playing at the 12U level in Winslow. They finished third at states. Players learned a lot and the coaches did also.