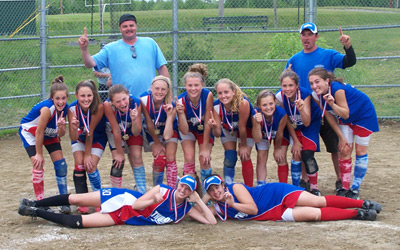 The 14U Thunder finished second at states in the “if” game against Capital Maniacs of Augusta (a/k/a “Cony”). At regionals in Woburn, Massachusetts they finished ninth out of twenty-something teams. 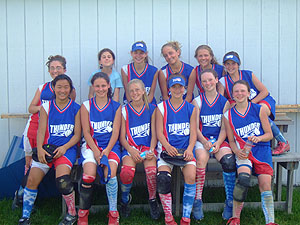 The 14U Thunder, coached by Randy Grover, had what they considered a very successful season, never finishing less than 2nd at any regular tournament, including taking first at Madison. They finished second at states and went to Regionals in Meriden, Connecticut where they finished third. 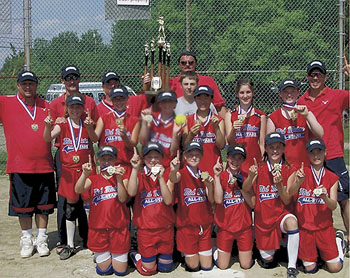